With the launch of our newsletter “Back Forty,” FERN will bring you periodic reviews, interviews and reporter insights about the stories they wrote. Sign up here or below.

Director Sanjay Rawal sat down with FERN editor-in-chief Sam Fromartz to talk about his documentary film Gather, which began streaming on Netflix this month. The film delves into the destruction of Native American foodways as a dimension of cultural genocide, but it doesn’t stop there. It goes on to tell the story of how American Indians have actively engaged in food sovereignty as a way to change the narrative and move forward. 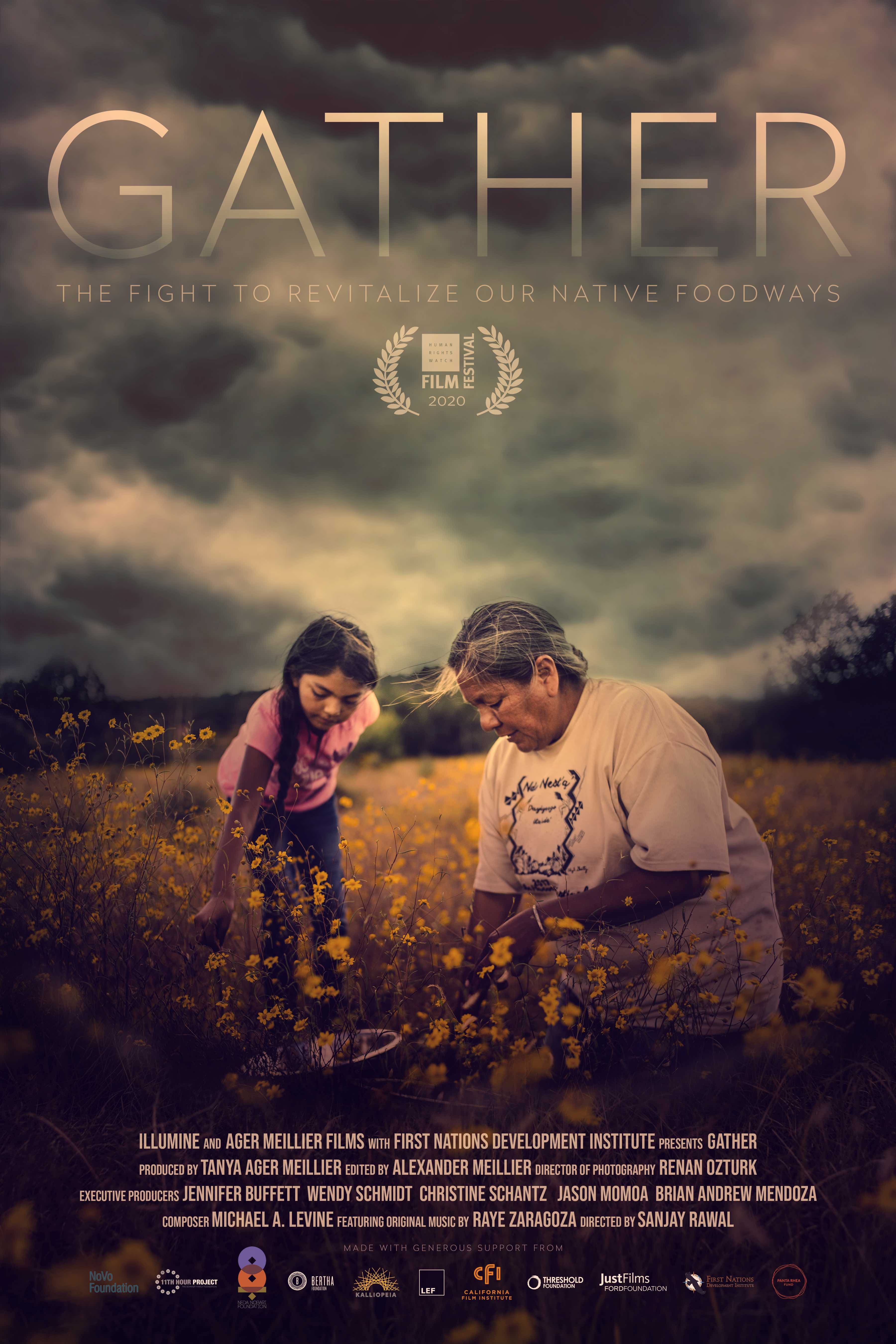 People like Nephi Craig, a White Mountain Apache chef opening a restaurant that highlights  native ingredients. Or Twila Cassadore, a San Carlos Apache, who is training young people in traditional knowledge about wild plants. There’s a teenage member of the Cheyenne River Sioux Tribe, Elsie Dubray, who is examining the healthy fat of a buffalo-based diet for a science competition. And finally, Sam Gensaw, who is fighting to save the Klamath river and the salmon fishing tradition of his Yurok Tribe in California.

While these stories take place against a painful historical backdrop, they are ultimately hopeful, showing the personal dimension to cultural healing. As Rawal says: “The revival of food systems is the revival of lifeways from times when Native Americans were free.”

What were you looking for in these characters?

Our mandate was to make a film on Native American food sovereignty. And the scope was just too big for me to really wrap my head around. I mean, first of all, food sovereignty means something really different to each of the 574 federally recognized tribes — different traditions, different practices, different languages — but the impact of genocide was similar. And so in trying to create something that was visual, we really could only look to areas of North America that were affected by military occupation, from a time when there was actual photographic or filmic evidence.

So you couldn’t focus on East Coast tribes?

A lot of what happened on the East Coast was a high level of forced displacement. And most of those tribes ended up west of the Mississippi, and then faced a second wave of military occupation, post-Civil War. So I really wanted to focus on areas of the U.S. that experienced not necessarily the colonial occupation, but the occupation of the U.S. military. So, you know, Lakota, the plains natives, the Apache, and then the untold genocide that happened in California around the Gold Rush and afterward.

So much of the American Indian story is one of genocide, this horrific past. But what I found interesting about the movie is that these stories were all self-consciously positive.

You know, there’s a tendency in any sort of media portrayal of Native Americans to focus on trauma. And that’s not what holds populations together. What holds them together is cultural identity, spiritual identity. And that keeps everybody moving forward. That’s always been apparent to me in Indian Country.

Get more Great Reporting from FERN

And you focused on food. It seemed you were making the point that food was central to the culture.

We all come from ancestry that was place-based, but for most of us that ancestry was many generations ago. But you can imagine being in a place, and understanding the ecology so deeply that cultural and spiritual traditions come out of that relationship. Each tradition has a cultivated sense of gratitude to specific foods, an identity based on that. And then, imagine that that identity gets destroyed, consciously, like someone comes in and destroys your food system.

Like the buffalo that you point out in the film were slaughtered.

That’s the first step. It’s like, they’re taking away your connection to your history, to your spiritual ceremonies, and your cultural ceremonies. And then what happened with native populations is that their kids were forcibly removed and put into boarding schools, and punished for speaking their language. So you remove memory, you remove language, and you’ve really harmed someone’s sense of self. And so the revival of food systems is the revival of lifeways from times when Native Americans were free.

There’s a personal dimension too in one of the stories, with the chef who had a pretty traumatic story. But he was figuring a way out of it and also connecting it to the larger trauma in the population.

I mean, we were making the film primarily for Indian country and so we didn’t really worry about things we knew that they already knew. We don’t define historical trauma, we don’t go through like the history of genocide. We had to focus on the journey of these characters to achieving a definition of food sovereignty that meant something to their people.

Given that audience, what’s the reception been?

Well, you know, we didn’t get any sort of interest from major festivals or from major distributors, right off the bat. Even when we were pitching the film, a lot of potential funders saw our budget as being too high for this subject matter. We’ve heard those things even from gatekeepers that were people of color. And it just shows the invisibility of Native Americans and the kind of perpetuation of that invisibility.

Was there reluctance to take on the subject matter?

It was more like, ‘If you’re not going to make the film edgy and full of trauma no one’s going to want to watch it.’

They wanted the story they knew, essentially.

Yeah, they wanted their definition of what a Native American is to a non-Native. But we began showing the film at human rights film festivals, and then at conferences of Native health professionals working in Indian country. We began kind of a soft release in August of 2020 at a time when people really needed positive stories. And, I think, it really hit a chord with viewers. And when we launched on downloadable platforms like iTunes and Amazon in September 2020 — as a film with no marketing budget, and really no pedigree of film festivals — we did surprisingly well.

So it was word of mouth?

We got a good New York Times review, but we couldn’t get any other publicity to save our lives. But a lot of kids, particularly those under 25, could really see it.

You focused on these four characters, and one thing I came away thinking was it’s such a huge problem and these solutions are so personal but also small.

And they are. But Native American issues are like the canaries in the coal mine. You know, when our Yurok characters struggle for the health of the Klamath River, the ramifications are all up and down California and Oregon. Resource extraction, environmental mismanagement begins obviously in rural America, and more often than not crisscrosses Indian country.

But on the other side of the camera, it’s tricky finding those people whose stories resonate — and then finding those moments on camera, which you got. Like with the Yurok fisherman.

I ran into Sammy Gensaw on a beach, north of Fort Bragg Mendocino. You know, he and his crew, they’re all young, the world is ahead of them. There’s so much innocence. Yet they’re in a world that they understand would like to deny them their existence. We were just like, let’s spend some time with these kids on the river with the camera. And even though we know there’s a political story — they’re protesting a dam — let’s dive deeper and not make this a protest movie. Let’s figure out what they’re doing day to day to survive. And let’s focus on that, because that’s what food sovereignty is in the moment.